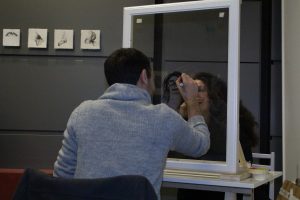 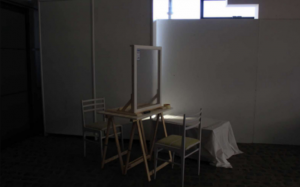 Between 2016 to 2018 I was looking for ways to work on the trace of our constantly disappearing reality.

“The mirror” is a performative experience, in which the audience plays a central role for the outcome of the piece itself. An object has been purposely built in order to create a shared experience: a wooden table is divided by a framed transpared plastic sheet placed on top, and a marker is placed on each side. As I sit on one side of the table, I invite other person to sit in front of me. The audience is then asked to draw what they see or feel from the interaction with me and my presence. Each final piece, resulting from the interaction of the overlapping and mirroring lines, is a tangle of fragmented experiences, a blackhole of memories

This experience has been performed in different locations and times. The most intense one took place at M.A.A.M – Metropoliz once a week for three months. M.A.A.M. is a former slaughterhouse in Rome, now hosting refugees instead. Its new role as a Museal Place has saved it from police eviction, turning art into an integral part of an urban ecosystem and reality far from our hypocrisies 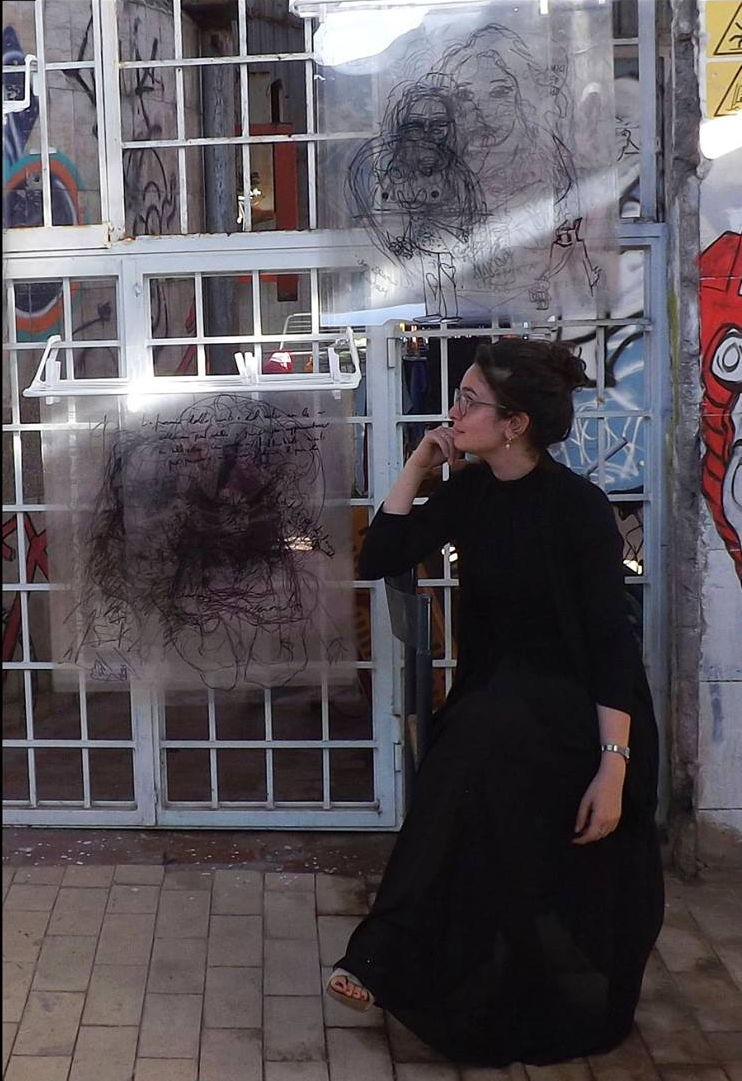 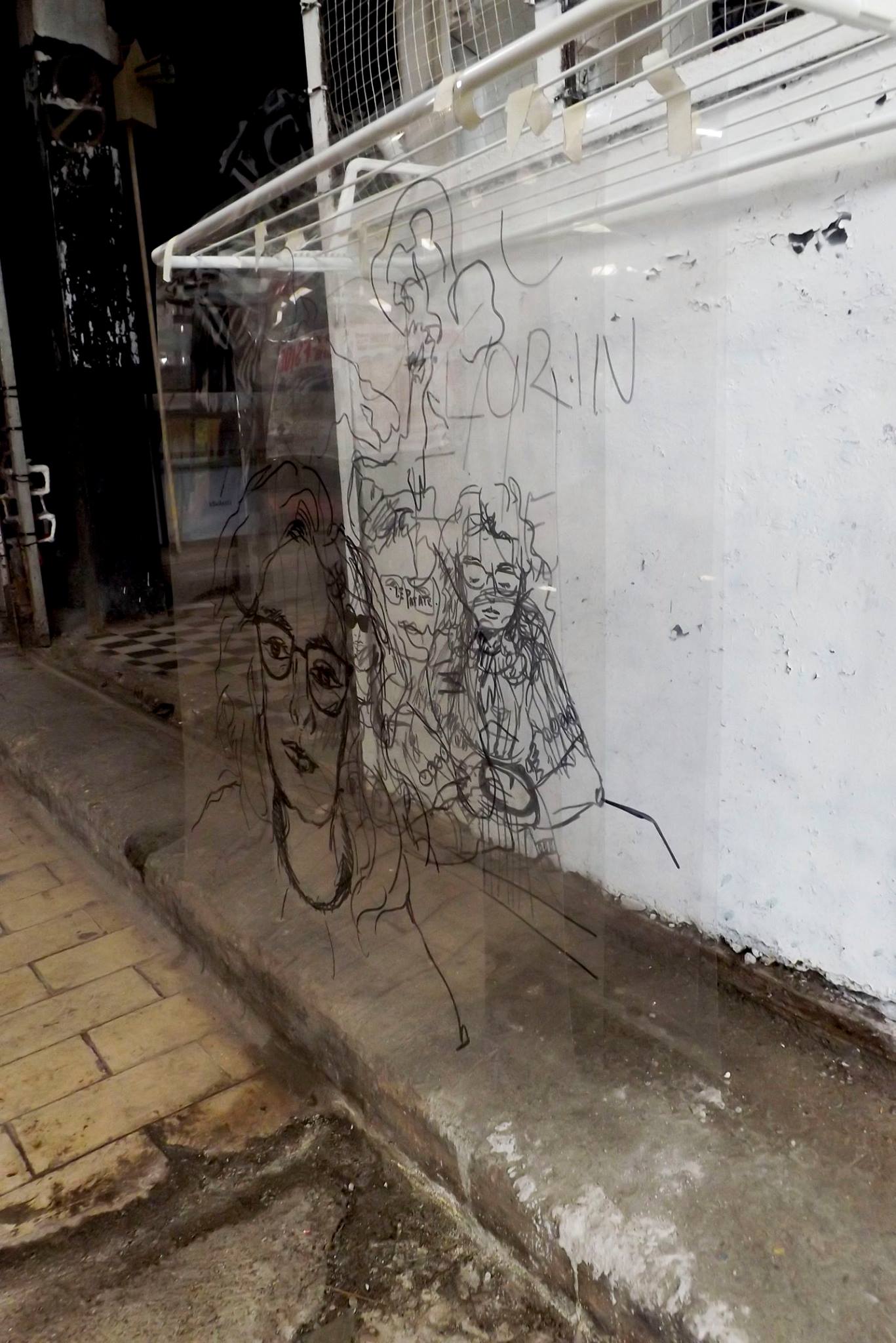