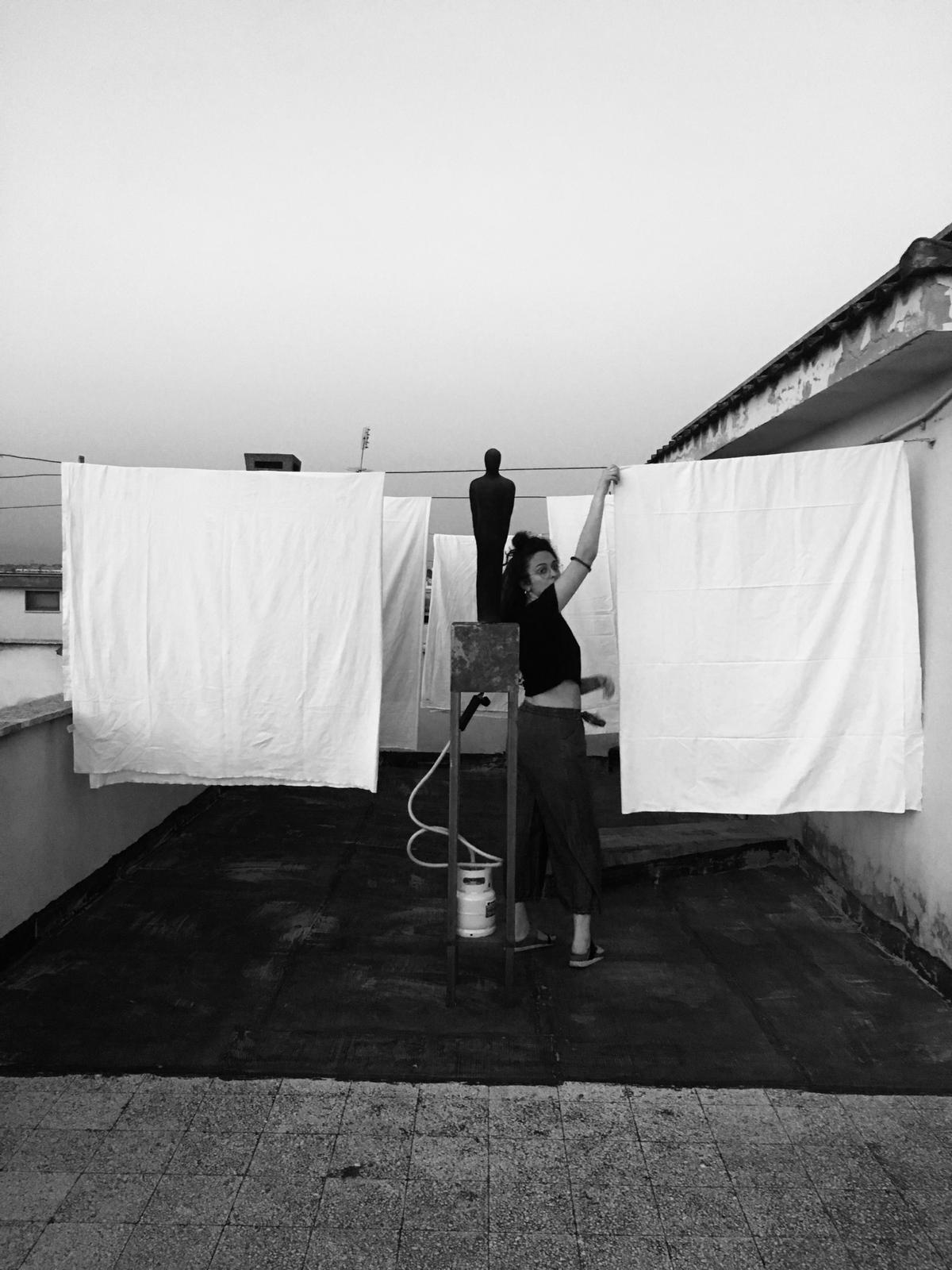 This video installation is a reference to the psychopomp figure of Charon. In both mythology and religion,
psychopomps are entities whose role is to accompany dead souls towards the Underworld.
In this case, Dante’s “Dimonio” is well know for requiring two gold coins in exchange for his service.

The word “psychopomp” comes from the Greek ψυχοπομπóς,
composed of psyche (soul) and pompós (the one who sends).
This piece is composed of a ceramic sculpture of black figure
standing on an iron pedestal.
Flames come out of the latter, surrounding the human figure
thereon placed. Several white sheets are hung around the
central piece, and are moved by the wind.
The lugubrious sound playing in the background is an audiorecord of the Croatian coast, precisely from the city of Zadàr:
the architectural work that has been built along the whole
coast produces this very same sound everytime waves crash on
it, like a choir of voices of the souls that the sea has collected
throughout the centuries.
Each element chosen for the installation refers to the funeral
traditions of the Mediterranean cultures, witness of the daily
transportation of Souls, and to the unforgivable tragedies of
incalculable range that follow. 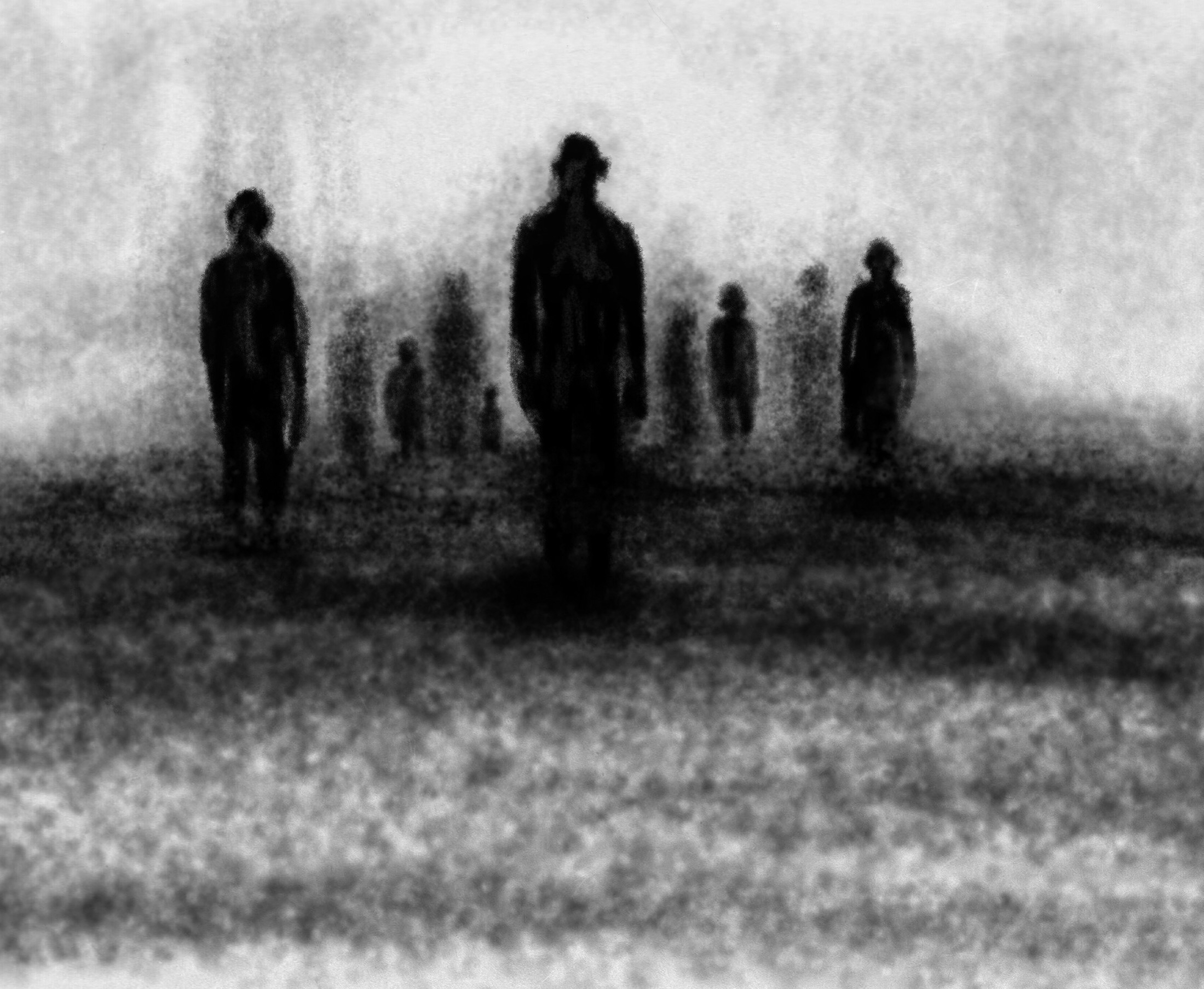